We’ll do a detailed feature-by-feature comparison of both of these great machines in the sections below, but before we get to that, let’s start with a top-level view of both, to give you an at-a-glance comparison of the Breville BES900XL vs Rancilio Silvia:

This is a solid machine with a well-respected history. Unfortunately, it has struggled to keep pace with more modern equipment.
Recommended for: Not newbie friendly, but recommended for anyone else.

As you can see at a glance, the two machines are relatively similar, but they do have some significant differences.  Armed with this information, let’s take a deeper dive and see what they’re all about!

Note: You can find our complete reviews on these machines here:

There’s not much to say here.  The Silvia has the smaller footprint, so if countertop space is at a premium in your kitchen, then you’ll gravitate toward it.

Overall, the Breville BES900XL dual boiler is more pleasing to the eye, though it should be noted that its outer casing is constructed using much thinner stainless steel.  As such, it’s not nearly as durable as the Silvia.

Our Recommendation: Ultimately, it depends on what you’re looking for here.  People with tiny kitchens may not have room for the Breville, but if aesthetics matter to you, then it’s the machine you want.

Owing to the 900XL’s larger footprint, it’s got the higher tank capacity (84-ounces versus the espresso machine Rancilio Silvia’s 64-ounce capacity).  Both of the machines are large enough to accommodate power drinkers or larger households, but of course, the 900XL handles the demand even better.

The Boiler System and Temperature Control

There are significant differences between the two machines on this front.  Rancilio Silvia reviews almost universally give the model high marks for its old-school copper boiler, but bemoan the fact that temperature control is a dicey proposition.  If you buy this machine and don’t opt for the PID retrofit, you’ll become intimately familiar with the concept of “temperature surfing.”

On the other hand, the Breville uses less expensive aluminum boilers, lined with stainless steel.  That’s not a bad thing (at all) and is the standard in most espresso machines designed for the home market.

On the face of it, the fact that the 900XL has two boilers seems like it would make it the hands-down winner on this front, but appearances can be deceiving.

The problem is that the 900XL’s steam wand is under-powered, so while it’s true that you don’t have to wait for the boiler to shift gears as you would with a single boiler machine, you lose some of the time gained by having to wait around on the steam wand to work its magic.

All that to say, even though the Silvia is a single boiler machine compared to the 900XL’s double boiler configuration, where boilers are concerned, it’s essentially a push.

The Breville comes out on top regarding the control system, and that holds true even if you upgrade the Silvia with the PID retrofit, which does make it a bit easier to use.

The BES900XL just has more stuff going on, and allows you to control more aspects of each shot you make, electronically, which allows for greater consistency, and makes it a much more forgiving, user-friendly machine.

While the electronics used in the Breville can in no way be described as cutting edge, they’re sufficient to allow you to program and set a broad range of features, including an auto-start time, shot strength, and even pre-infusion time, which is fabulous.

Those kinds of convenience features are usually only found on super automatics, and if that’s what you’re looking for, then the 900XL is the machine you want, without question.

Our Recommendation:  Only buy the Silvia if you simply can’t afford the 900XL, don’t have space for it, and have a fair amount of experience with espresso machines.  For all the Breville’s limitations (and it does have them), it’s simply the better machine from an ease of use and functionality standpoint.

The Brew Unit and Control System

On this front, when comparing the Rancilio Silvia vs Breville BES900XL, it comes down to what you’re looking for.

If you’re in the market for a machine that emphasizes overall quality and craftsmanship, putting you in control of just about every aspect of creating your favorite specialty coffee drinks, then the Silvia is the machine you want.

It’s got an old-school design aesthetic and relies exclusively on manual controls.

Breville’s offering is much more automated and programmable, using a more even mix of old-school design, supported by more modern electronics.

The Silvia has been described as a harsh mistress, but if you take the time to master its use, its commercial-grade group head will produce a better shot of espresso.  If you’re looking for something easier and more convenient, then the winner, hands down, is the 900XL.

Our Recommendation:  Be honest with yourself about exactly what kind of machine you’re looking for.  If you’re not, then you run the risk of being disappointed on the one you purchase.  It does underscore the fact that the Silvia is not a good first machine for someone new to the world of specialty coffee drinks.

While both models use a conventional steam wand, the Silvia’s is heads and shoulders superior to the wand offered on the Breville, and many Rancilio Silvia reviews give the machine high marks for this feature, while the Breville dual boiler BES900XL’s greatest point of weakness is its underpowered milk steaming and frothing function.

Our Recommendation:  If you only drink espresso, Americano, Lungo, and other straight coffee drinks, then this function won’t matter a lot to you either way, but in practice, that doesn’t describe a big percentage of the coffee drinking public.

​For the overwhelming majority of the market, the Silvia is the machine of choice when making milk-based drinks.

There’s not a lot to say about this feature.  Both models have a cup warming tray, so neither model has an edge on this front.

Both models are easy to clean, but the Breville BES900XL dual boiler semi-automatic espresso machine wins hands down here because it incorporates an automated cleaning process similar to what you’d find in super automatics.  Even better, the 900XL will even alert you when a cleaning is needed!

The one thing we didn’t like is the fact that you literally can’t descale the machine yourself.  When it’s time to do that, you’ve got to take it to an authorized professional.  We prefer the DIY approach, but also recognize that many others will prefer just letting someone else take care of it.

Concerning ease of use, the Silvia is significantly harder and more frustrating to use, especially for newbies.  This is true even with the PID retrofit, but there’s no doubt that the upgrade does make it somewhat easier to use.

Even so, Breville’s 900XL wins handily across both dimensions here.

Our Recommendation:  This underscores our earlier conclusion that the Breville is significantly more newbie-friendly than the Silvia.  If you’re looking for ease of use and maximum convenience in a semi-auto, it’s just no contest.  The 900XL is the machine you want.

Pros & Cons of the Rancilio Silvia vs Breville BES900XL

Given that both machines are semi-automatics, they do share a lot in common, but there are some significant differences worth talking about, and they both bring unique strengths to the table.

In our view, the best features of the Silvia are:

The Breville’s strongest points are:

The single biggest negative of the Silvia is the fact that it can be frustratingly difficult to use (especially if you’ve never touched a semi-auto before), while the Breville’s biggest weak point is the fact that it’s not nearly as rugged or durable as the Silvia, which is a disappointment, given how much more the machine costs.

Who Wins on Points?

We rated both of these models on a number of dimensions.  Here’s a side-by-side comparison of the results:

Who These Machines Are Made for

Get the Breville BES900XL if:

Get the Rancilio Silvia if:

And that wraps up our Breville BES900XL vs Rancilio Silvia side-by-side comparison review.  Both models are exceptional, and although Breville’s model is slightly less rugged and durable, we regard it as the clear winner.

Having said that, if you’re on a budget, are already familiar with using semi-automatic espresso machines, and have limited counter space, then the Silvia could be the better choice for you.

The most important thing to bear in mind is the fact that it (the Silvia) is definitely NOT newbie friendly, so if you’re new to the world of specialty coffee drinks, then you’ll find it to be an extremely frustrating machine to learn on.

Best Online Offers for the Breville BES900XL and Rancilio Silvia 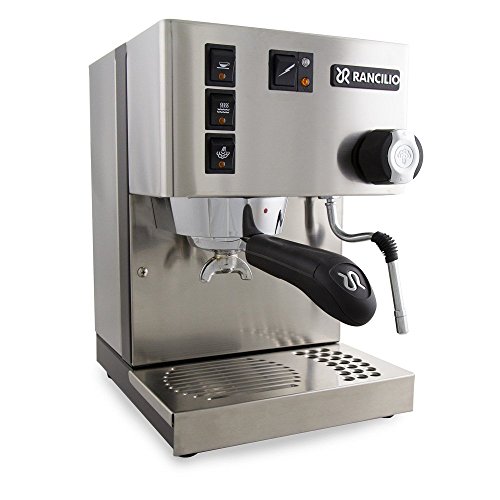 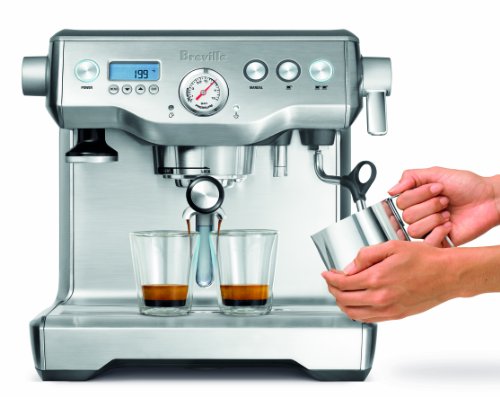